Write a letter to Santa 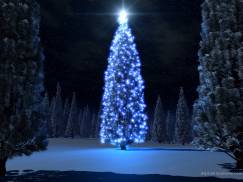 Writing letters to Santa is a Christmas tradition that goes back to the mists of time.

Children from all over the world use these letters to ask for toys and tell Santa how well they have behaved during the year. Each year thousands of children send letters through the post, hand them over in person to Santa in shopping centres, or, more recently, send them through the Internet so that they arrive more quickly. In olden times they were burnt in fireplaces.

Scientific studies have revealed that letters to Santa written by boys are different to those written by girls. Girls have neater handwriting, use more formal expressions and often include sentiments more closely linked to the Christmas spirit. Girls also ask for presents for other people more frequently than boys do.

A Christmas letter to Santa is often used by parents as a way of tackling bad behaviour and encouraging the children to make a continued effort. It is part of an education based on rewards.

Following the tradition of sending letters, there are many children who each year send their letters of request to Santa to addresses such as House of Santa, The North Pole…..

Unfortunately, Santa does not have an official residence. He lives in the spirit and the excitement of the children.

Postal services in various countries have established systems so that they can respond to the letters placed in post boxes. These systems are managed by staff from the postal company and also by volunteers.

Nowadays, parents (and grandparents) of children can order personalized letters from Santa, which they send to their children with personal references such as their achievements, interests and requests for presents.  www.lettersantaclaus.com is an official service established by SANTA himself, in order to respond personally to the letters that are sent by children from all over the world.